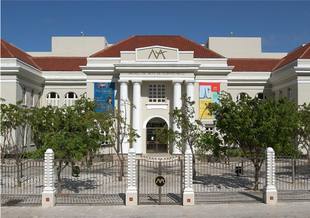 The Art Museum of Puerto Rico (MAPR) nonprofit organization, was inaugurated on July 1, 2000, as a legacy to the people of Puerto Rico.The MAPR mission is to enrich the lives of its various stakeholders to provide and make accessible the knowledge, appreciation and enjoyment of the visual arts of Puerto Rico and the world. The MAPR diverse communities facilitates learning experiences on the visual arts through the following: the development of a permanent collection well documented, emblematic of the most significant and representative of Puerto Rican art from the 16th century to the present, a dynamic program of exhibitions supported by educational and cultural activities that raise awareness of the visual arts in human experience and, in turn, contribute to the creation of a legacy curatorial documentation, research, interpretation, preservation and conservation of the collection and the visual arts heritage of Puerto Rico and partnerships with museums and local, regional and international efforts to promote knowledge, understanding and access to the visual arts in the world.

The MAPR, heritage of the people of Puerto Rico, is a private, nonprofit, incorporated in 1996, and opened to the public since 2000. Designed with the most modern and rigorous standards of contemporary museology, up 130,000 square feet of modern spaces of the Museum of Art Puerto Rico (MAPR). The west wing of the MAPR is a neoclassical structure built and designed by architect William H. Shimmelphening in 1920. It originally housed one of the 13 buildings of the Municipal Hospital, now transformed into a museum, and its conservation is part of an effort to preserve the Puerto Rican art for the enjoyment of future generations.

This historic building serves as a main entrance to the Museum and in turn hosts, in 14 exhibition galleries, permanent collection and exhibition MAPR representative of Puerto Rican art from the 17th century to the present, which combines works from the collection and other collections belonging to public and private. For its part, the east wing of MAPR, a five-story modern structure designed by architects Otto Reyes and Puerto Rican Luis Gutierrez, has an atrium with a height equivalent to three floors, a theater for 400 people, two galleries for temporary exhibitions 5,000 square feet each and a conservation department. It also has an interactive family gallery, art studios and workshops, a gallery for exhibitions of works by students, a computer lab, classrooms and a hall for multimedia projection part of the Department of Education and a center research. 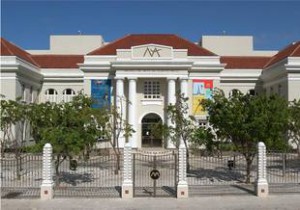 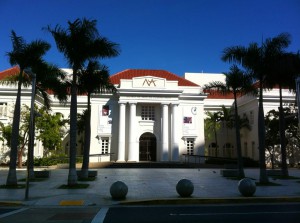 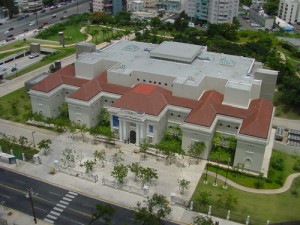