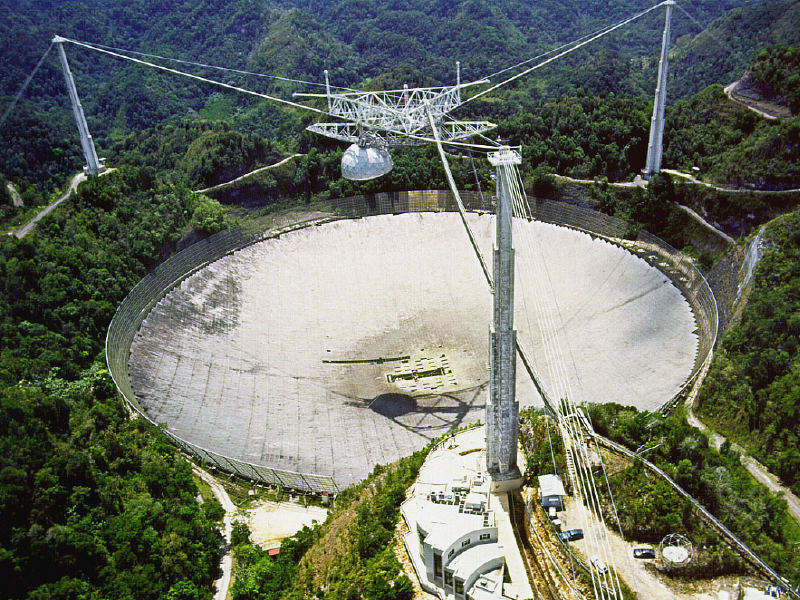 The Arecibo Observatory is part of the National Astronomy and Ionosphere Center (NAIC), operated by a consortium of SRI International, USRA , UMET, under a cooperative agreement with the National Science Foundation (NSF).

As the site of world’s largest single-dish radio telescope, the Arecibo Observatory attracts visitors of all ages and from many countries. On March 1 1997, after eight years of fund-raising, planning and construction, the Observatory inaugurated its “Angel Ramos Foundation” Visitor Center. Over 100,000 visitors come per year to the new facility, about 30% of them school children. Here, through a variety of interactive exhibits, audiovisual displays, and informative panels, visitors are introduced to basic astronomy, atmospheric science, and to the operation of the radio telescope and its related research areas. The center is named after Angel Ramos who was born in the year 1902 in Manatí, Puerto Rico.

A very active life in the field of communications led to the establishment of the first TV station in Puerto Rico, a radio station and, in 1944, the acquisition of the El Mundo newspaper. He established the Angel Ramos Foundation in 1958 which has developed into the largest private philanthropic institution in Puerto Rico benefitting hundreds of deserving projects. 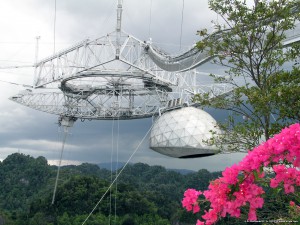 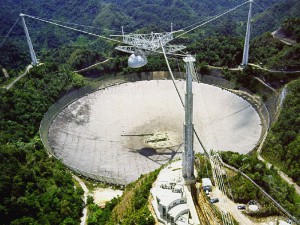 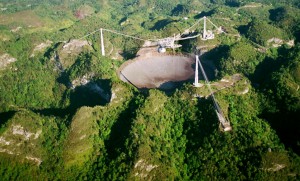