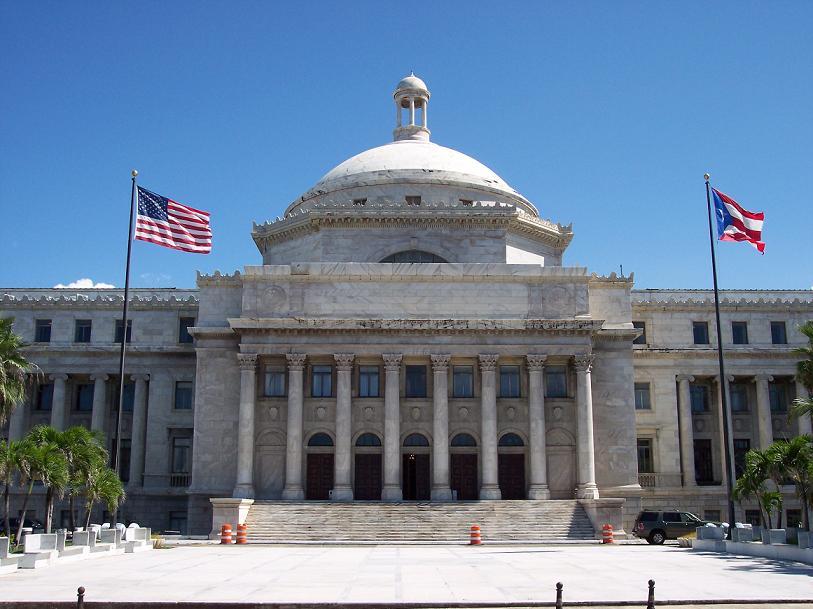 For Puerto Ricans, El Capitolio de Puerto Rico stands as a powerful symbol of self-government. Former resident Commissioner of Puerto Rico Luis Muñoz Rivera promoted the idea of constructing a capitol building as early as 1907; later he was the prime mover in seeking the capitol building’s construction between 1925 and 1929. The dome, however, was not completed until 1961.

The Architecture and Construction Archives at the University of Puerto Rico (AACUPR) is the custodian of the Capitol of Puerto Rico Collection (1924-1926). Approximately eight cubic feet in size, the collection contains architectural drawings, photographs and textual documents.

The original drawings, executed in ink over drawing cloth, were produced by the Department of the Interior under the supervision of Puerto Rican architect Rafael Carmoega. The 28 originals and 38 blue prints show plans, elevations, sections as well as electrical and plumbing distribution. There is also a proposal for the surrounding gardens by the architectural firm of Bennet, Parsons and Frost and several plates showing entries for the building competition.

The collection was transferred to the AACUPR by the Capitol Superintendency in 1986. El Capitolio de Puerto Rico is located astride the Ponce de León and Muñoz Rivera aves. in the area of Puerta de Tierra in San Juan, Puerto Rico. It still houses the Puerto Rico Legislature.