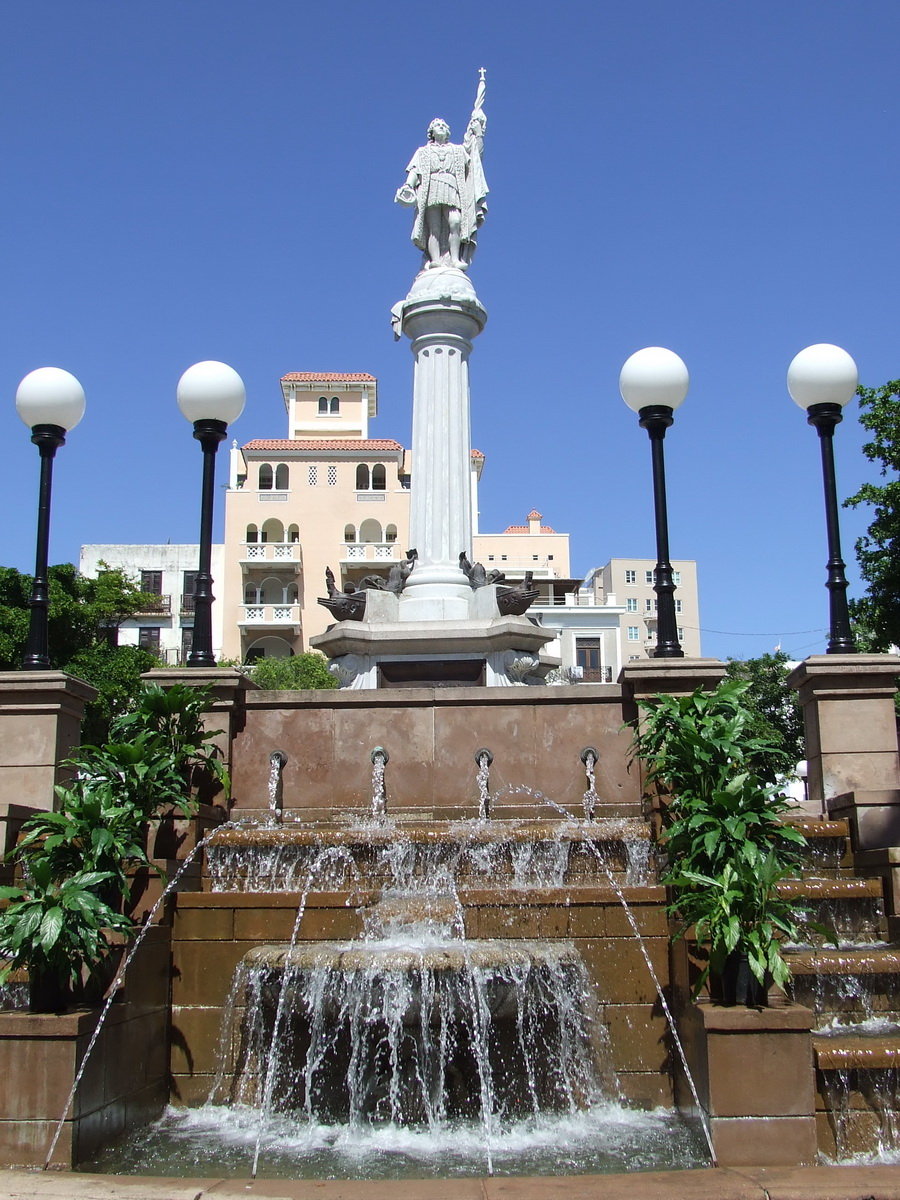 Plaza Colón  is paved in marble is graced by a group of lampposts in bronze that date over more than one hundred years. Each lamp is held by an oriental odalisque, including characteristic clothes, turbans, and veils.

Christopher Columbus “discovered” Puerto Rico in 1493, during his second voyage to the Americas. However, as many people in the country will quickly remind you, others had discovered it before him. The native people were known as Tainos, and they were forced into slavery by the Spanish conquerors. About 30 years after Cristobal Colon first set foot on the island, the entire native population had disappeared. In this context, it’s easy to understand how some people might not look at the huge statue that sits in the middle of the plaza with a friendly eye – the statue and plaza were dedicated to Colon in 1893 to celebrate the 400th anniversary of his arrival to Puerto Rico.