Puerto Rican cuisine is full of fresh and diverse flavors that win the hearts of people all over the world. In this article, we recommend five foods that you won’t want to miss!

That moment when you taste a properly cooked mofongo, you will crave it for the rest of your life.
What is it? Mofongo in its traditional form is a smashed green plantain that is previously fried, then smashed in a “pilón” together with seasonings. Because of its popularity, more variations with other similar root vegetables are available.

Mofongo goes with any meat, or even by itself. Popular ways of accompanying it are with “churrasco” (skirt steak), “chillo” (red snapper), or stuffed with shrimp, “churrasco”, or chicken.

Hmm, this is a tough one to explain. Okay, it’s also fried. There’s meat inside, and it’s covered by an outer layer of mashed root vegetables. That’s all I can say. And trust me, they are flavorful and delicious. You can eat it by itself. Tip: Even if you see them in display, ask if they can fry one in the moment.

No one makes better roasted pork than the chinchorro restaurants you find inland. The most popular attraction to taste the crispy “cuerito” (pork skin) is in a place called Guavate. That and many other typical flavors await you. Must try! 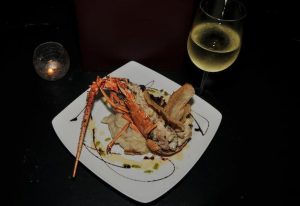 The Caribbean lobster is small, meaty, and tasty. It was so abundant that local fishermen used it as bait in the early 20th century. Now, it’s available in finer restaurants and prepared with the Puerto Rican cuisine fusion of tropical tastes. Popular spots include San Juan, Fajardo and Vieques. If you want to cook them yourself, go out to Naguabo and buy them fresh!

These aren’t the Mexican pasteles (cakes). “Pasteles” are steamed root vegetables that have meat inside (usually chicken or pork) and are all wrapped in a plantain leaf. These are one of my favorite Puerto Rican dishes! The challenge is that they are typically only made for Christmas season. Ask around, you’ll love them!

Have you tried something else you love? 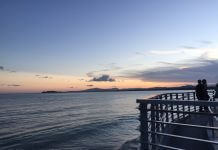