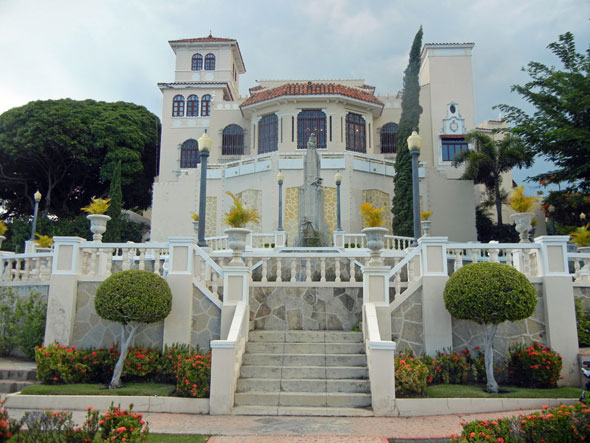 Castillo Serralles in Ponce or Serralles Castle to give its English translation is the Grand House that rum built. The house was built back in the 1930’s by the Serralles family who made their money growing sugar cane, running a sugar mill and producing fine Puerto Rican rum. Today the house is a museum giving visitors an insight into the life of the Serralles Family from the 1930’s. Virtually all of the furniture and paintings on display are originals. Stepping into Castillo Serralles is like stepping back in time. Architecturally, the building represents an example of Spanish Moroccan architecture, the style first introduced in Puerto Rico by the architect Pedro Adolfo de Castro. Three examples of this style of architecture were: El Castillo de Valdes in Mayagüez, el Castillo de Mario Mercado Montalvo in Guayanilla, and el Castillo de Serrallés. In the 1920s, other similar mansions were built in Puerto Rico, but Castillo Serrallés is the best preserved. Historically, the building is a reminder of the cultural and economic changes that southern Puerto Rico experienced in the 1920s. “Ponce’s dependence on the sugar cane industry at the close of the nineteenth century, created an atmosphere of development from which evolved a series of intrinsic cultural characteristics and afforded great wealth to many families involved in the industry. The wealthy families generally chose Europe as the model for the direction that cultural endeavors would take. 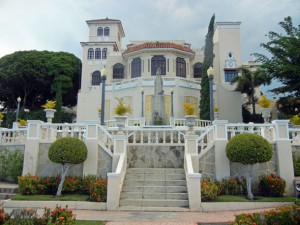 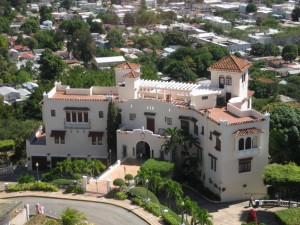 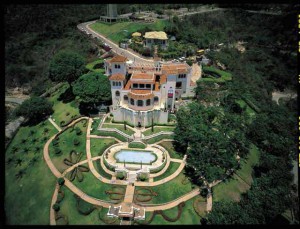