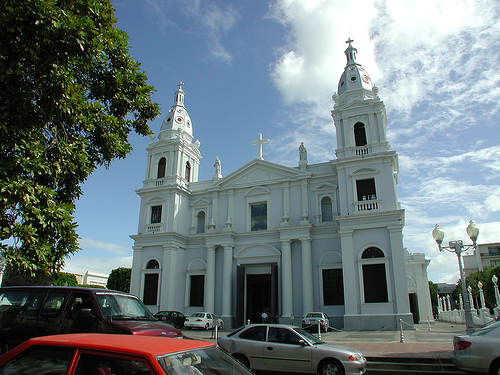 Part of Ponce’s historic district, the Plaza Las Delicias is a can’t-miss attraction for visitors to the southern city. This sprawling public square is famous for it’s colorful sights and noteworthy landmarks.These structures divide the square in two sections. The northern end, known as the Plaza Luis Muñoz Rivera, hosts a bronze likeness of the celebrated statesman. The opposing end, meanwhile, is known as the Plaza Federico Degetau, and contains both a statue of local composer Juan Morel Campos and an obelisk in honor of the city’s brave firefighters. Architectural marvels of times past line the streets around the plaza, including several hotels, and the historical Casa Armstrong-Poventud and City Hall buildings, making the exploration of this area well worth your time. In the center of this plaza lies the famous Fuente de los Leones. The large, round-shaped fountain is bounded by a low, marmol and granite wall. The fountain’s wall boundary is shaped in the form of a regular octagon and built so that one of the vertices of the octagon points towards the historic Ponce City Hall. The fountain also features four lion statues and water that flows under colored lighting effects. The four lion statues are located one statue on each alternating vertice of the fountain’s octagonal boundary wall. The fountain was purchased in 1939 at the New York World’s Fair. The fountain, including a mechanical basement, was remodeled and restored in 1993. Its base was enlarged and a computerized lighting system was installed. 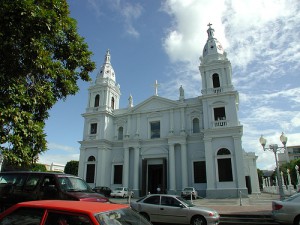 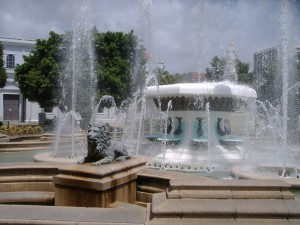 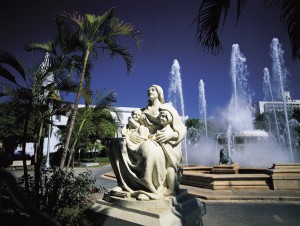