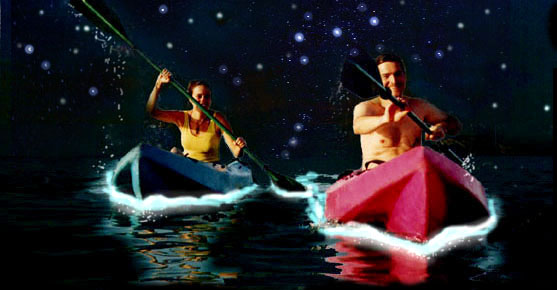 Vieques sports the brightest bioluminescent bay in the world. If there is something you must do during your vacation in Isla de Vieques is to visit the bio-bay. Make sure you hire a licensed operator. There are several illegal operators around the bay. Licensed ones are trained and care about protecting the bay for our children in the future. Current laws forbid a licensed operator from letting a tourist enter the bio-bay waters. This is so to protect the bay from pesticides, sun blockers and other chemicals tourists use on their skin that are dangerous to the bay. Visit by kayak, electric boat or fisherman’s boat but do not skip this natural wonder. Do not miss a trip to the bio-bay while in Isla de Vieques. The ‘Bahia Fosforescente’ (Bioluminescent Bay) at Puerto Mosquito should be listed as the eighth natural wonder of the world. The microscopic organism responsible for the glow in the water when agitated is a protozoan of the family dinoflagellata, a unicellular organism with two flagella that allow it to move through the water. The most common protozoan in Puerto Mosquito’s waters in the Pyrodinium bahamense.

Bioluminescence is a natural defense system. When the protozoans are being attacked, the movement in the water excites them resulting in a chemical reaction that produces light. The light attracts bigger predators that feed on the smaller creatures that eat the protozoans. The light is produced when a chemical stored within the cell, luciferin, is combined with oxygen resulting in the release of energy in the form of pure light. An internal clock in these organisms controls the production and storage of luciferin. There is very little concentration of luciferin within the cell during the daylight hours, thus little light is generated even if you could place them in the dark. The accumulation of the chemical peaks at night, and this is when the lights become more intense.

Several physical features of the Bay allow it’s bioluminescence. One is the shallowness of the waters, the other is the presence of mangrove trees at the shores. Decomposing mangrove roots promote the concentration of bacteria in the water. These bacteria produce vitamin B12 which is an essential nutrient to the protozoan. The Bay has a narrow exit to the sea allowing for the organisms to concentrate in its shallow refuge. It is the incredible concentration of these organisms what makes Vieques so unique. 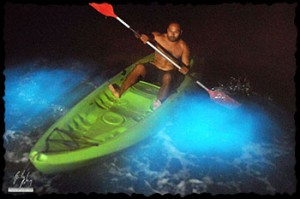 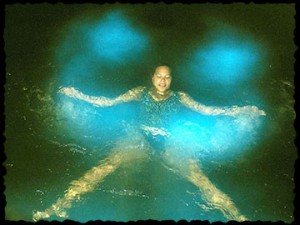 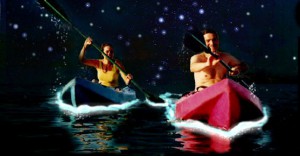