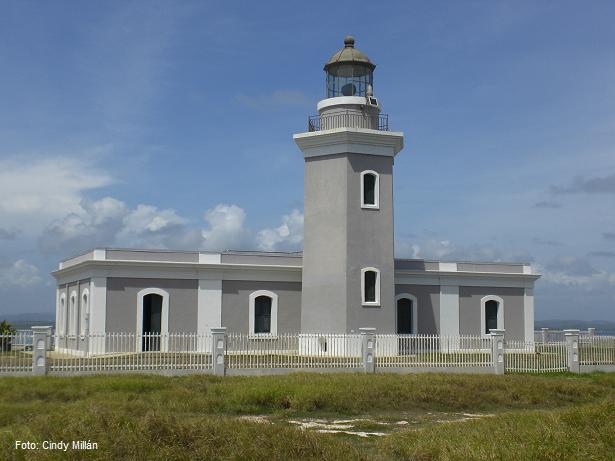 Cabo Rojo (Red Cape in English) derives its name from both the reddish color of its salt-flats and the reddish tint that characterizes the seaside cliffs along its southern coast. According to legend, the name was given by Christopher Columbus himself, although this is highly unlikely. The first church, founded in 1783, was called San José. The present-day main catholic church is called San Miguel Arcángel Church located in the town’s square. Located on top of 200-foot limestone cliffs overlooking the Caribbean Sea, the Cabo Rojo Lighthouse marks the south-west tip of Puerto Rico. Unless you are really “into” lighthouses, I think you will be less than impressed with the lighthouse. In itself, it is small in scale. There is a permanent “art” exhibit plastered all over the inside of it that is less than appealing. You can walk up the spiral staircase that leads to the observation deck on the roof of the building, and there are some nice panoramic views of the surrounding area. There are “park rangers” there to welcome you and answer your questions. Its tourism industry has flourished with the development of hotels and marinas, but local and international environmentalists are concerned that this development will endanger Cabo Rojo’s rich and beautiful beaches,sunsets and natural resources. Cabo Rojo is also well known for its fishing, particularly the Puerto Real fishing village, and its many seafood restaurants, most of which are found in the village of Joyuda. 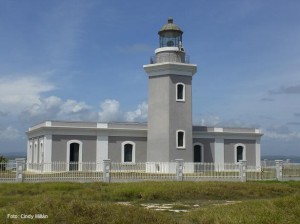 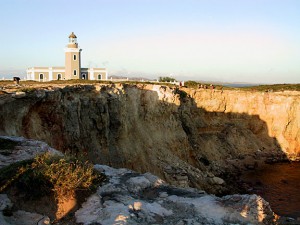 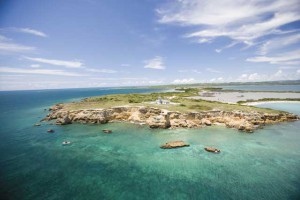