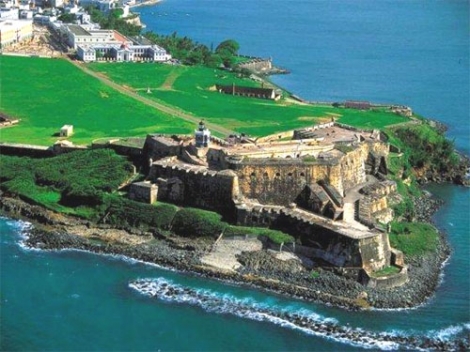 It is a Spanish fort built in San Juan, Puerto Rico . This structure was built to protect the city from ground attacks, unlike the Fort San Felipe del Morro , guarding the sea gate. Fuerte San Cristobal, as it is known locally, is the largest fortification built by the Spanish in the New World.It is located one kilometer from Castillo San Felipe del Morro and nearly 45 meters above sea level. Its main function was to defend the island from the mainland. In 1625 a Dutch fleet commanded by General Hendricksz Boudewijn attacked the islet of San Juan by land. Spanish troops forced the Dutch to leave the city, but they were not without loot and burn the town . This attack led to a project to fortify the defenses of the island consisting Morro improvements, building a wall that will surround the village and strong to defend the island from land attacks. In 1634 began the construction of a fort on the northeast edge of the wall, which is the precursor of the fortifications that still exists today. By 1650, San Cristóbal was little more than a semicircular platform to shelter the cannons that were placed between two projections of the walls of the town. This particular gate is one of the oldest parts of the fort, built in 1634 . Legend has it that soldiers often disappear this checkpoint. 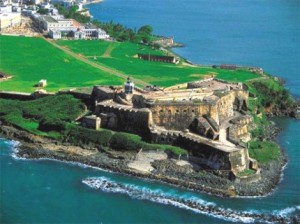 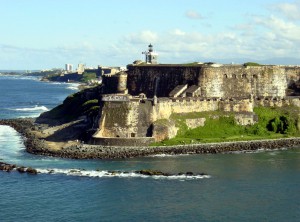 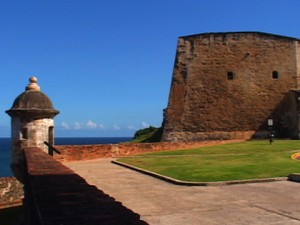 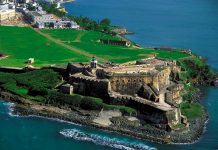 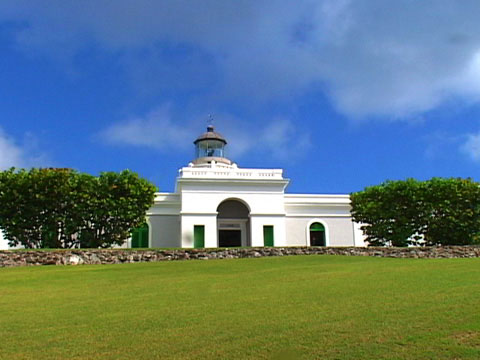