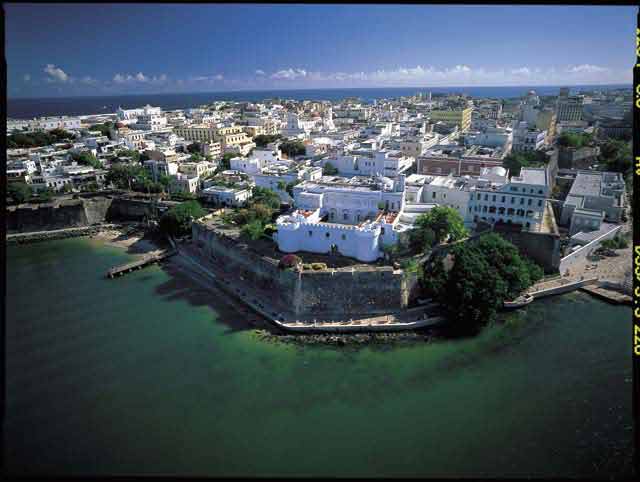 La Fortaleza was the first fortification built in San Juan harbor. Constructed between 1533 and 1540, the original fort consisted of a circular tower and four massive stone walls. The Spanish military constructed a second tower, called the Austral, at the end of the 16th century. Although established to defend against Carib Indian raids, invaders only took the fortress twice in its history: first, by the English in 1598, and then by the Dutch in 1625.

After an unsuccessful siege of the San Felipe del Morro fort the Dutch burned the city, including the fort, in 1625. From 1640 onward it was customary for the island’s Governor to reside there. In 1846, La Fortaleza was enlarged and its street facade altered. The original tower, now called Torre del Homenaje, or “tower of homage,” still stands; its name derives from an island tradition in which the resident governor climbs to the top of the tower to pledge a solemn oath of loyalty and courage during dangerous times. Today, the building, at one time designated the Spanish Captain-General of Puerto Rico’s official residence, serves as the official residence and offices of Puerto Rico’s Governor.