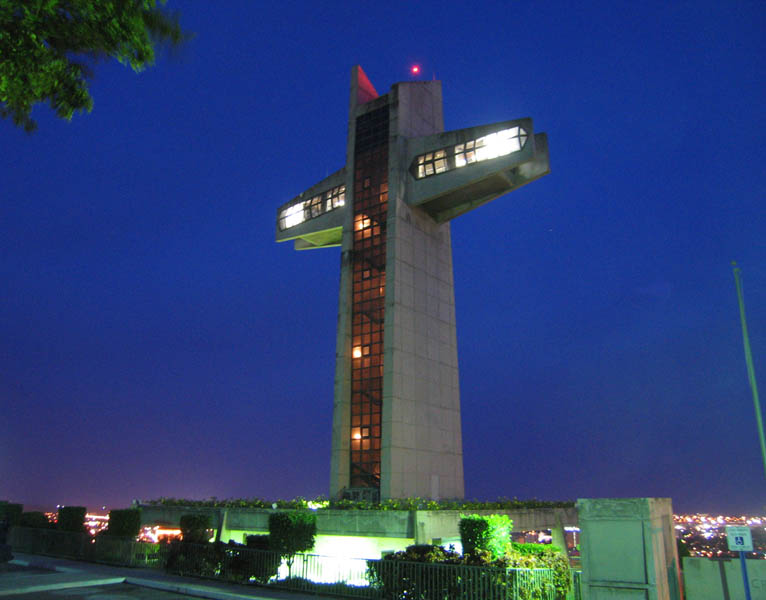 El Vigia in 100-foot-tall cross located atop Vigia Hill in Ponce, Puerto Rico, across from Museo Castillo Serrallés. It houses a tourist center at its base, a ten-story vertical tower, and a horizontal sky bridge that has panoramic views of the city of Ponce and the Caribbean Sea. Visitors can reach the skybridge via glass elevators or a staircase. Made of reinforced concrete, the cross has withstood various natural disasters, including three major hurricanes. The arms of the cross measure 70 feet. It was inaugurated in 1984. One of many landmarks of the city of Ponce, the cross is owned by the Municipality of Ponce and is currently operated by the “Patronato de Ponce”, a non-profit organization dedicated to preserving and administrating several of the city’s landmarks.  In 1801, the settlers built a much smaller cross made of two intersecting tree trunks where an observer would constantly watch the sea and the city’s port, raising different flags to either notify local merchants of incoming trade ships or alert military authorities of possible threats replica of this wooden cross now sits behind. A monument dedicated to the victims of it can be seen from the cross. 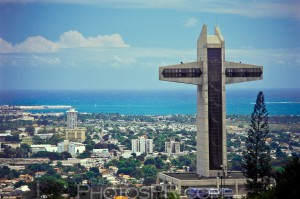 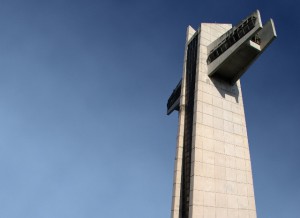 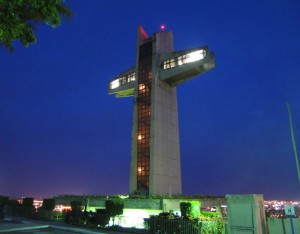