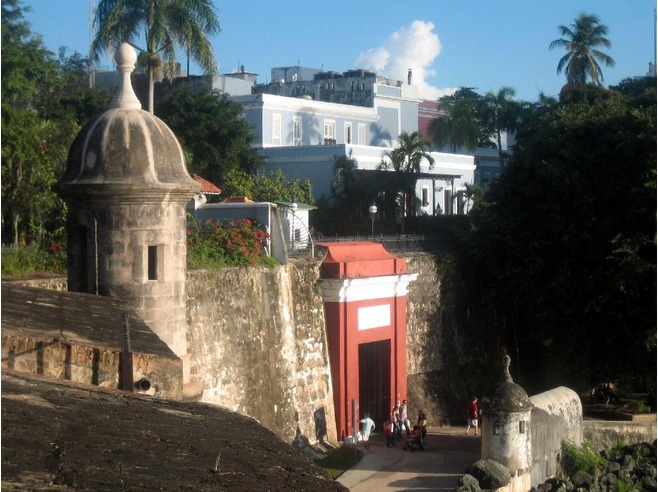 The only way to enter the city was five doors that were built along the walls. San Juan Gate, the closest to the Fortress (1635), was the main entrance to the city by the bay side for many years. In this gate were held official ceremonies welcome new governors and bishops that she came to take possession of the new charges. In the northern enclosure doors were the San Jose and Santa Rosa, who drove to the cemetery, and on-site sur la Puerta de San Justo or Spain. On the land side, but there was an access road connecting the city of San Juan with the rest of the island of Puerto Rico – Santiago Gate, located on the south side of the Castle of San Cristóbal. Keep walking past the Raíces Fountain, continuing along the path to the right. Following the city’s fortified wall, El Paseo de la Princesa ends in La Puerta de San Juan. Between 1634 and 1638, the city of San Juan was turned into an impregnable fortress with the building of its walls. Three of the wall’s five doors led into the city, two of them overlooking the ocean – San Justo y Pastor and San Juan. These massive doors were closed at night to protect the city and its residents from attacks by land or sea. Out of the three, the only one that stands to this day is La Puerta de San Juan, once used by governors and religious authorities. 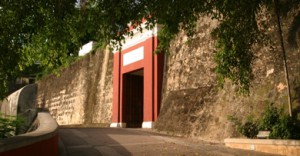 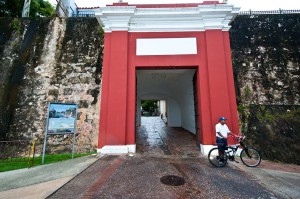 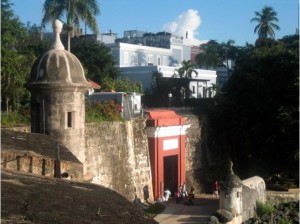